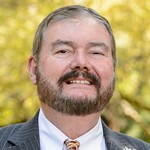 Allen & Ehrle, Lawyers, have represented Clients in California since 1992. Doug Allen is the Founder and Lead Attorney of Record Clear.

He has practiced law in California for the past 25 years, and has represented clients charged with offenses ranging from possession of an open container of alcohol to first degree murder.

He has extensive courtroom and trial experience and has personally litigated more than 4000 expungement cases all over the state of California.

Please complete all required fields below.

We are a small firm that emphasizes personal attention, not a high volume of cases. Our fees are reasonable and competitive; you usually do not need to appear in court. Call 800 495 2819 or contact us through our site for a FREE Attorney consultation. We ONLY practice California Expungement Law, and have handled more than 4000 California expungement cases over the past 25 years.