A Blow To The Defense 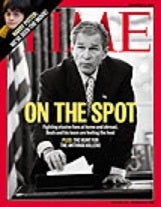 Sept. 12 wasn't the best day to face charges of killing a cop. That's what lawyers for onetime Black Panther H. Rap Brown, now known as Jamil Abdullah Al-Amin, figured when they got his trial, for shooting a Georgia deputy sheriff, pushed into next year. "To continue at such a time would be-well, I hate to say suicidal, given what happened on the 11th," says Al-Amin lawyer Jack Martin. "It would be ill advised."

Call it the reverse-O.J. effect. After Simpson's criminal trial, the Los Angeles police department's bungling of DNA evidence left jurors around the country skeptical of prosecutors. Add well-publicized problems with the FBI's labs and police-brutality scandals in New York City and Los Angeles, and "the law-enforcement community was tainted," says DeKalb County, Ga., district attorney J. Tom Morgan. But since Sept. 11, jurors have made a U turn. "There was a time when I'd ask people, 'If the government made it, it must be blank?' And in the past that blank would come back with 'overpriced' or 'unreliable,'" says Houston defense lawyer Troy McKinney. "Today it's more likely to be 'If the government made it, it must be good.'"

Doug Allen, a Claremont, California, attorney, says he recently had his client--accused of trespassing in a restricted area and then trying to run down a security guard--plea-bargain. Before the attack, he would have gone to trial. "You're really in trouble with those facts because everyone is very sensitive to people being where they don't belong right now," he says.

The terrorist attacks have produced collateral damage in an unexpected place: criminal courtrooms. It's not hard to see why Al-Amin, an Islamic clergyman who shows up at trial in traditional Muslim robes, would be worried about facing a jury right now. But legal experts say the impact goes beyond Muslim defendants or even immigrants. Suddenly the balance between prosecutors and defendants has swung, particularly in cases in which now lionized police officers are witnesses.

There are no hard numbers yet on how much the new climate may be increasing conviction rates. But lawyers nationwide are exchanging stories. In Houston a week after the attacks, a Mexican defendant convicted of delivering 40 lbs. of heroin was sentenced to 61 years, not the 30 he was expecting. "Everyone was shocked," says his lawyer, Stanley Schneider, who blames Sept. 11 backlash.

In Cincinnati, Ohio, defense attorney Martin Pinales says he's going slow on a fraud case because, in these anthrax days, the postal-inspector witnesses against his client may have extra credibility. The halo effect may even reach to cases in which police are defendants. Robert Jorg is on trial in Cincinnati for the choke-hold death of a 29-year-old black man. The case is proceeding as planned, but prosecutor Mike Allen is worried his chances of winning may have declined. "It's always hard to win a conviction against a police officer," he says. "It's going to be more difficult now."

The attack is even affecting civil cases. Joseph Rice, a San Francisco jury consultant, says his mock juries are suddenly more skeptical of personal-injury lawsuits. They are coming in with lower emotional-distress awards in product-liability cases and telling him it's because the plaintiffs' pain and suffering do not compare to what they saw in the World Trade Center collapse.

Lawyers, in closing arguments, are urging jurors not to take their frustration out on the defendants. And they are trying to remind them that cops aren't perfect. "The answer to that is you can be heroic in one minute, perjurious in the next, depending on what your goals are," says David Lewis, the lawyer for a 1993 World Trade Center bombing defendant. Still, defense lawyers say Sept. 11's impact may not be all bad. Robin Steinberg, director of Bronx Defenders, a New York public-defender office, says world terrorism may make jurors question if it makes sense to devote so much energy to petty crime. She worries that cops testifying against her clients may benefit from extra goodwill, but she says it could be worse. "If it were fire fighters testifying," she says, "that would be terrible."

Please complete all required fields below.

Most of our expungement services come with a money-back guarantee. Our fees are reasonable and competitive. Call 800 495 2819 or contact us through our site for a FREE Attorney / Law Firm consultation. This site is devoted ONLY to California Expungement Law, and has handled more than 4000 California expungement cases over the past 25 years.